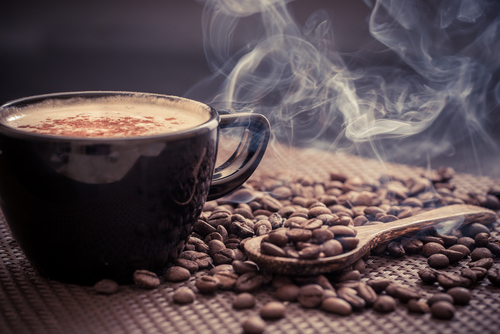 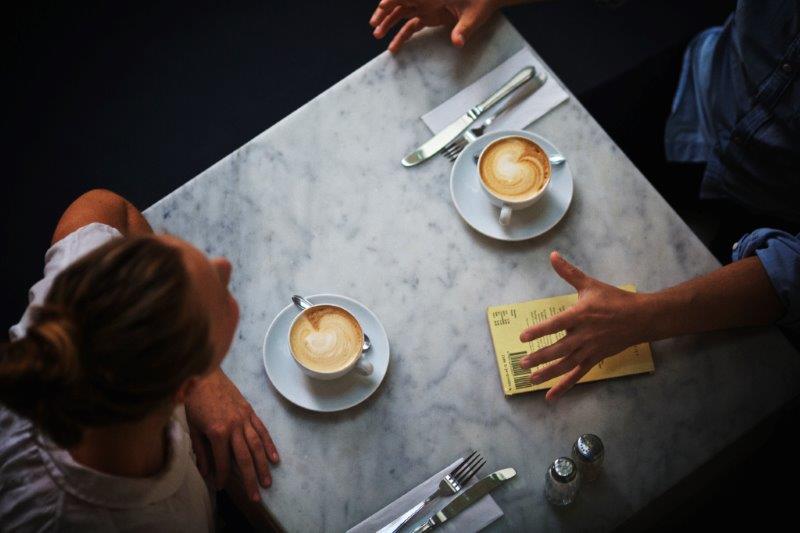 JACOBS DOUWE EGBERTS (JDE) For more than 265 years, we have been inspired by the belief that it’s amazing what can happen over a cup of coffee. Today our coffee & tea portfolio is available in over 140 countries around the world through iconic household names including: Jacobs, Tassimo, Moccona, Senseo, L’OR, Douwe Egberts, TiÓra,  Super, Kenco, Pilao & Gevalia.

We strive for a culture of Simplicity, Entrepreneurship, Accountability, Discipline and Solidarity. We have incorporated these values into our policies which underline our commitment to ethical behaviour and compliance with laws and regulations within the countries in which we operate.

The Speak Up Policy provides our associates with rules on how to report violations of our Code of Conduct and other policies. Reports made by associates are treated confidentially and are promptly investigated without any risk of recourse for the reporting associate. The Speak up Policy applies to all of our operating companies, including the subsidiaries and affiliates in which JACOBS DOUWE EGBERTS holds a majority interest.

We are committed to the protection of the personal data of our associates, customers, suppliers and business partners. The Data Privacy Codes outline how we adhere to these principles at JACOBS DOUWE EGBERTS.

The Supplier Code of Conduct articulates standards of corporate behaviour we expect from all of our suppliers and/ or contractors. We expect that all suppliers from whom we purchase goods or services will ensure their business practices and policies are in line with our Code.

The Code of Conduct governs our business decisions and provides the standards of corporate behavior we require from our associates, when conducting  JACOBS DOUWE EGBERTS business.

We are committed to providing a safe and healthy work environment for our associates, contractors and visitors. At JDE we work safely or we don’t work.

Originated in Joure, The Netherlands in 1753. Douwe Egberts is a trusted, qualitative coffee brand which supports a warm connection with family and friends 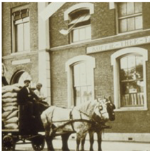 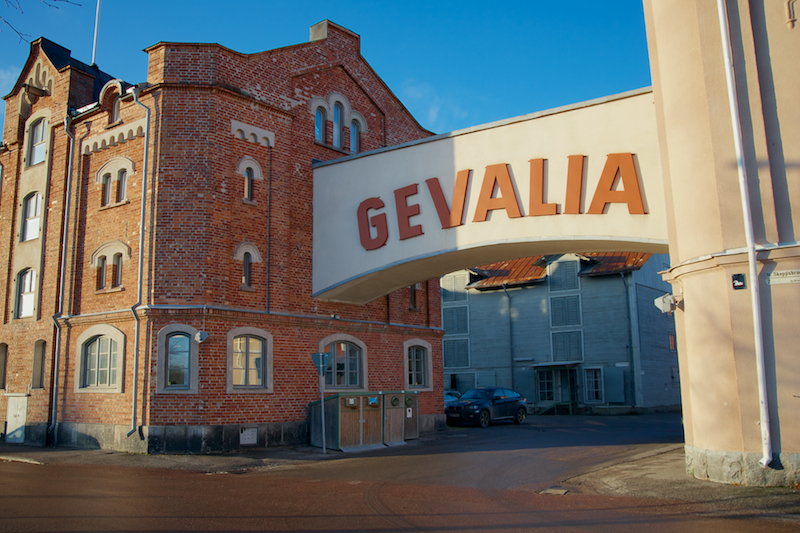 For over 100 years, Gevalia has been a light in Swedish homes, creating moments of real connection that instill warmth, comfort and togetherness around quality coffee

The brand started in Bremen, Germany with Mr Johann Jacobs, who had a dream to let everyone experience the amazing power of coffee and the possibilities it brings 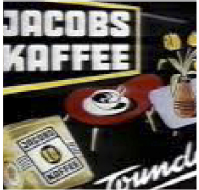 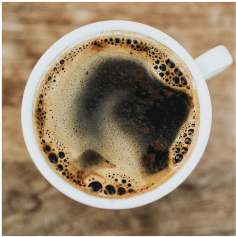 The premium coffee brand from Europe, seeking to give coffee lovers a moment to themselves to savour the great pleasure that is to be found in the smallest indulgences 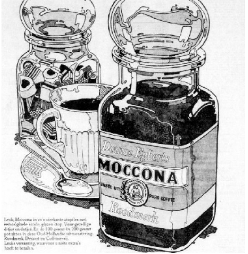 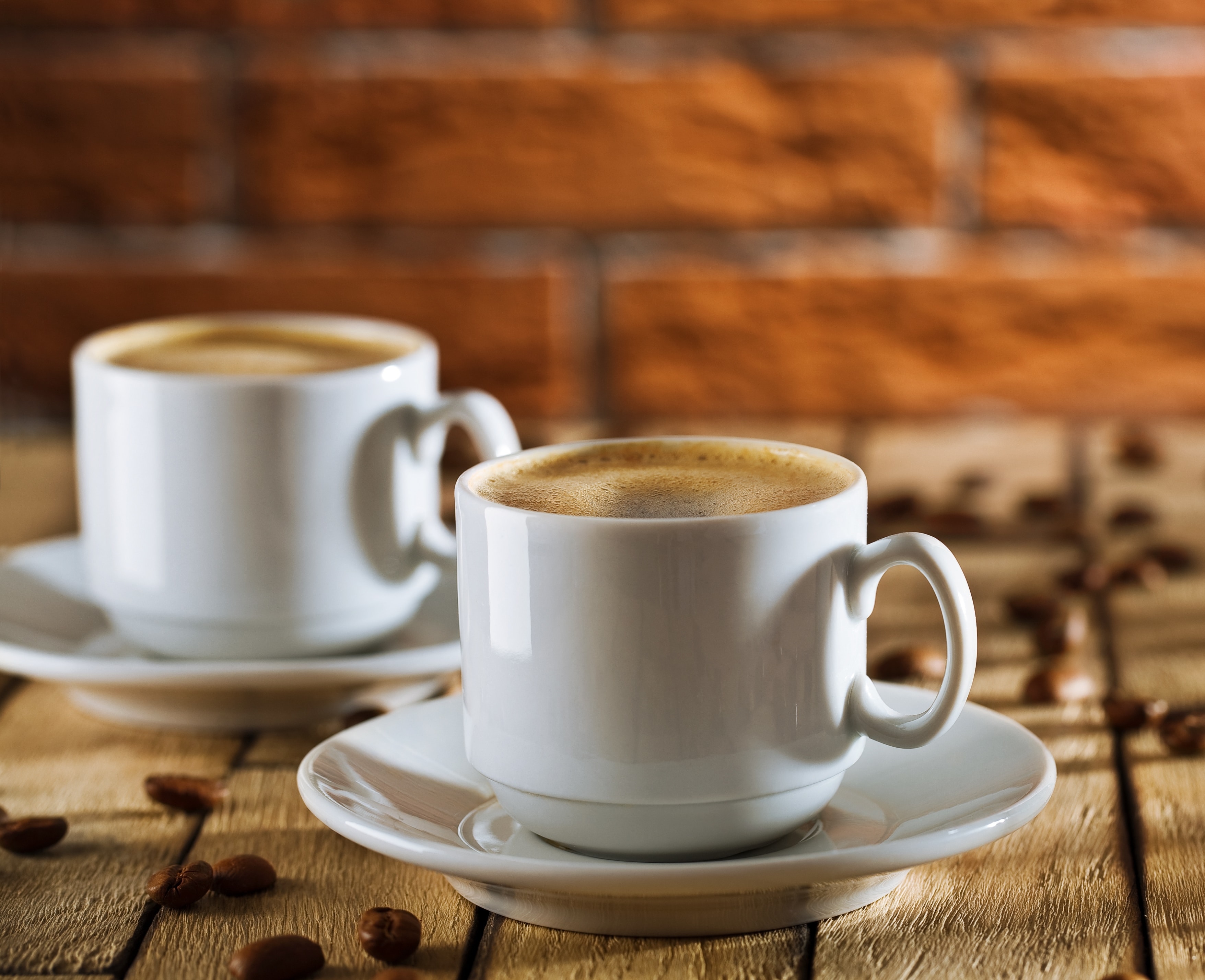 Pilão, The Strong Coffee of Brazil, for more than 40 years gives confidence, strength and positivity to Brazilians face daily challenges 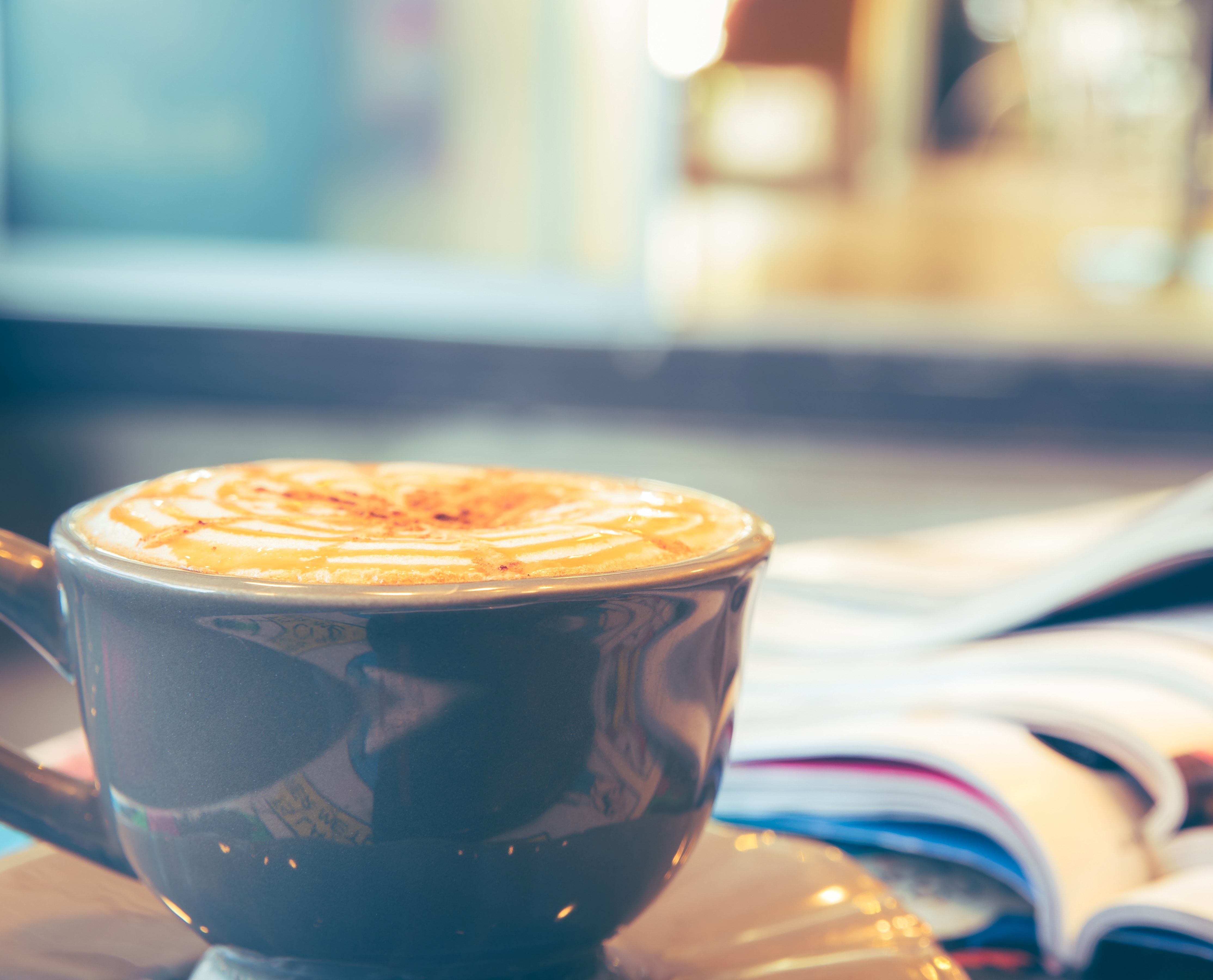 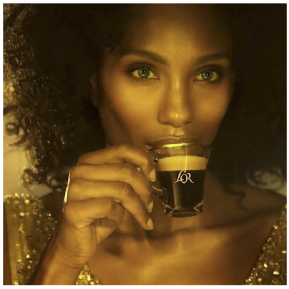 Born in France, with an ambition to seduce all senses, and provide immersive experiences of pure unapologetic pleasure

Bringing café quality long black coffee at home with the simple touch of a button since 2001, SENSEO® inspires people to make choices that matter 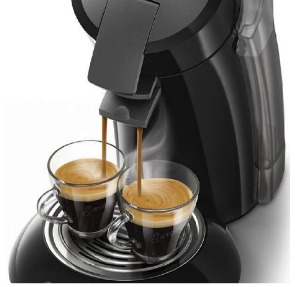 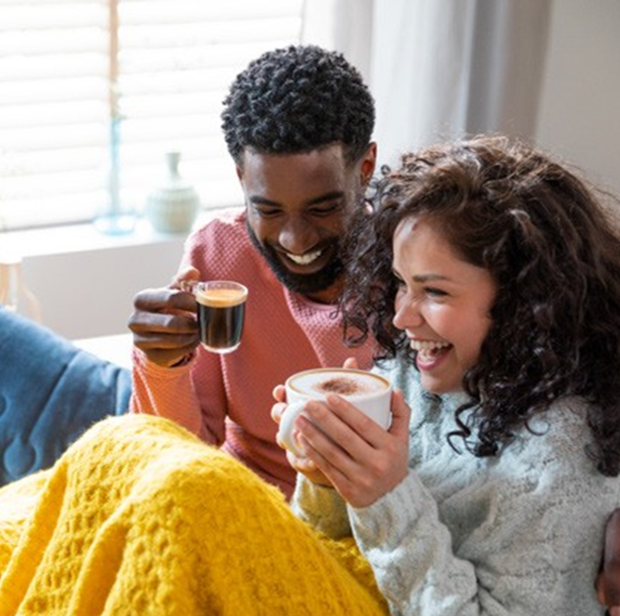 Enjoy great variety of coffee shop style drinks from the brands you love. Your perfect coffee every time, at the touch of a button

Ti Ora, which means the tea of wellbeing, is a nature-loving tea brand founded in New Zealand 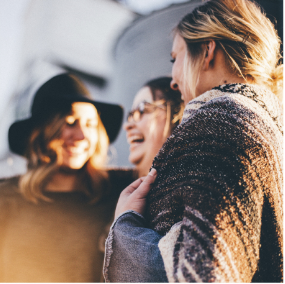 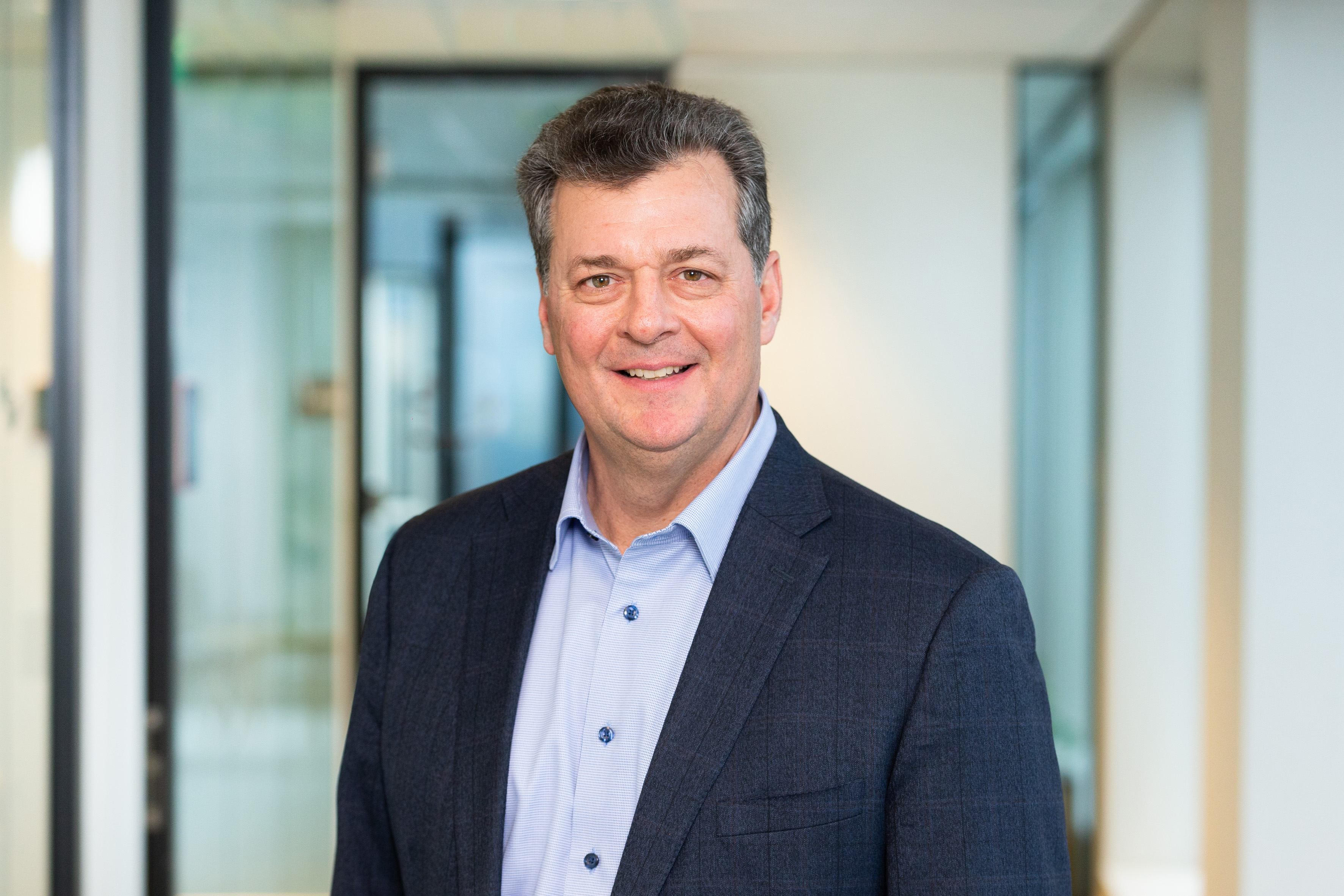 Casey Keller (American) joined JDE as CEO in 2020. He was previously the CEO of Peet’s Coffee, Inc., a fast-growing premium specialty coffee business operating in the US and China.

Prior to joining Peet’s, Casey was the Global President of the Wm. Wrigley Jr. Company from 2016 through 2017, responsible for growing sales and profit of the $6 billion subsidiary of Mars Inc. and managing the integration of Wrigley into Mars. Before that, he was Wrigley’s President of North America and the Americas. Casey began his FMCG career with Procter & Gamble and HJ Heinz, building many brands across categories and markets. He also served as president of Alberto Culver USA from 2008 until the company’s acquisition by Unilever in 2011.

Casey earned a Bachelor of Arts degree from Cornell University and served for four years in the U.S. Navy before receiving his Master of Business Administration (MBA) from Harvard Business School. During his career, he has lived and worked in the US and Europe, and now calls Amsterdam home. 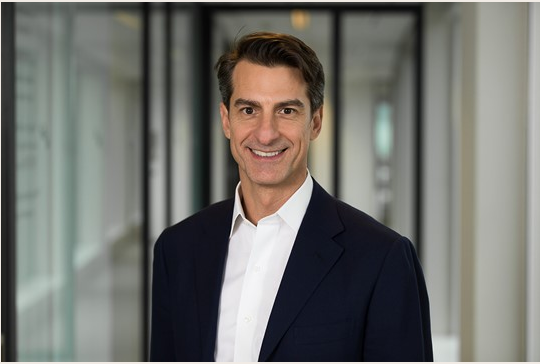 Oswald has over 23 years of experience within the fast moving consumer goods industry. Prior to joining JDE he worked 13 years for PepsiCo across North America, Europe and Latin America. Most recently, he was the President for North America Nutrition responsible for Gatorade, Quaker Foods, Tropicana and Naked Juice.

Prior to PepsiCo, he worked 10 years in Marketing for Procter & Gamble across Europe and Latin America where he held several Regional Marketing Director positions.

Oswald holds a University degree in Business Administration & Economics from the University of Zurich. In his free time he enjoys sports (running, skiing, soccer), reading and music.

Lara (Dutch) joined JDE’s executive committee in 2019 as President Asia Pacific (APAC). Lara originally joined Sara Lee/Douwe Egberts in 1998 within the Out of Home (OOH) division, responsible for the set up of DE coffee services at major events, before assuming responsibility for the Coffee Care Unit, providing coffee services to small/medium businesses.

She moved internally within Sara Lee as Marketing Director APAC for the household & air freshener categories, before taking a General Management position for the Australia and New Zealand coffee business.

In 2015 she took on the GM-role of one of JDE’s largest markets, Brazil. In this role her achievements have been publicly recognized and she was named as one of the 40 most powerful women in Brazil in 2017, according to Forbes magazine. Lara graduated in Business Economics from the University of Rotterdam and is accredited company director GAICD (Australian Institute of Company Directors).

She started her career as consultant in Marketing & Strategy at VODW consultancy in the Netherlands for 7 years, before joining our company. During her career, she has lived and worked in the Netherlands, Malaysia, Australia, Brazil and is now based in Singapore. Lara is married, speaks 8 languages and has a passion for coffee, dogs & horses.

Chris spent a large part of his early career at Mondelez (1990-2015) working in a variety of coffee roles ranging from Research Engineer to Business Development & Engineering Director EU Coffee.

In 2015 he was appointed Director Manufacturing Integration and Engineering at JDE, responsible for  key strategic planning globally driving COGS optimization and maximizing scalability across the full product lifecycle. Chris is well known for his consistent and personal management style that inspires energy and enthusiasm, unifying his team and giving exporting confidence to deliver fast to-market NPD solutions. In 2019, as the VP RD&O, he is looking forward to continuing to strive for record output efficiencies across our instant network and delivering SiSe consumers increased access to a wider variety of high quality convenient  coffee products.

Chris grew up in Norwich, he graduated from Corpus Christi College, Cambridge with a BA in Chemical Engineering. He is married with 2 adult sons, enjoys spending time in the mountains of Switzerland and has collected football teams from each career location : Norwich City, Cheltenham Town, FC Zurich Young Boys Bern and Ajax. 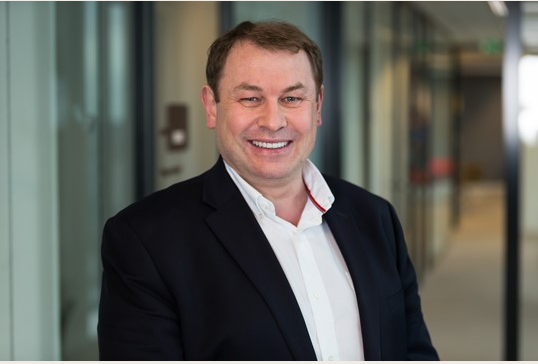 Prior to JDE, Jiri was Senior Vice President for Latin America based in Brazil at Reckitt Benckiser. During his 22-year tenure at Reckitt Benckiser, he held positions in Global Category Marketing, and Commercial and General Management positions in numerous locations in developed and emerging markets, including Czech Republic, Spain, United Kingdom, Turkey, South Africa and USA.

Jiri graduated from the University of Economics in Prague and holds a Master’s degree in International Trade & Marketing. Jiri is married to Michelle has 2 sons, Tomas and Michael. He speaks 7 languages fluently and has a passion for developing both businesses and people. 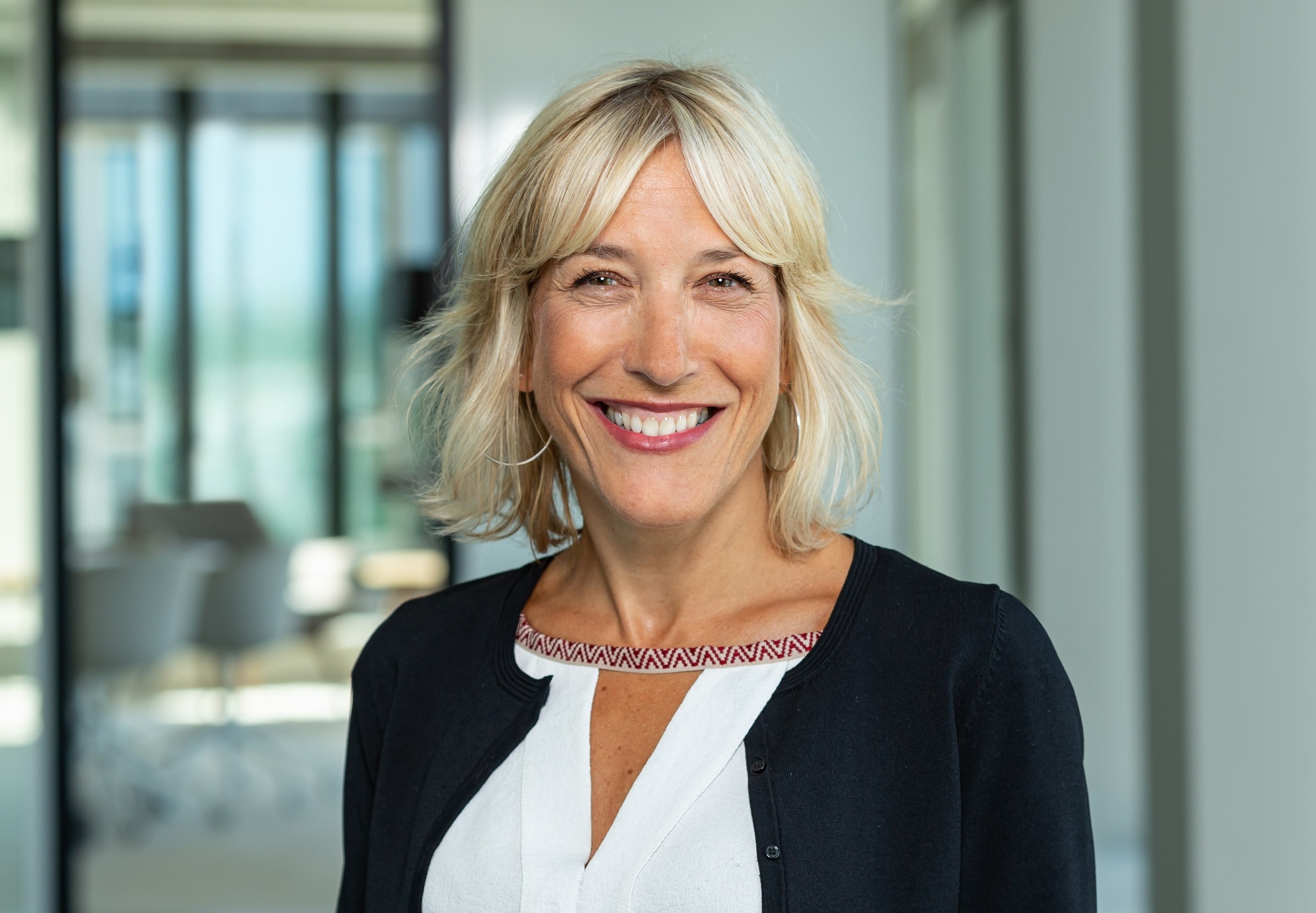 Anne-Marie (Canadian) joined JDE in 2019, as our General Counsel and member of the Executive Committee, responsible for Legal and Corporate Affairs globally. Prior to joining JDE, she spent 19 years at Mars, first as General Counsel to their Petcare, Chocolate and Food segments in Europe and later with overall legal responsibility for the Petcare business globally. Prior to Mars, she held a variety of legal positions for Valeo and General Electric. In 1988, she was admitted to the bar and clerked at the Supreme Court of Canada before joining leading Canadian law firm McCarthy Tétrault.

Anne-Marie holds a Bachelor of Law from the University of Montreal and graduated from Harvard Law School with a Masters degree in 1989. During her career she has lived and worked in Canada, France, Belgium and today calls Amsterdam her home in The Netherlands. 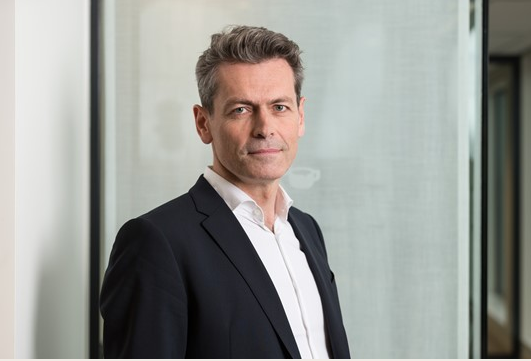 With presence in over 60 markets, our out of home division provides powerful insights and customised coffee solutions to the needs of its Business-to-Business customers.

Previously, Philippe was General Manager at JDE France. Prior to JDE, Philippe held General Management, Marketing, Strategy and M&A roles at Sara Lee and DE Master Blenders in the USA, Canada and Belgium.

Philippe holds a Bachelor of Economics Degree (Leuven, BE) and MBA Degree (Vlerick School of Management, BE).

Nathalie (Dutch) joined JDE’s executive committee in 2018 as VP Global Human Resources, having originally joined JDE in 2015 as HRD Europe and Operations. Over the last 20 years Nathalie has worked for a variety of Fast Moving Consumer Goods companies including Phillips, PepsiCo and Kraft Heinz in various HR leadership positions at local, regional and global levels. She began her career at SCA Molnlycke in Sales and Marketing before electing for her current field of expertise in Human Resource management.

Nathalie graduated with a Masters in Business Economics from the Erasmus University in 1993 and completed a Masters degree in Psychology at the Utrecht University in 2003. 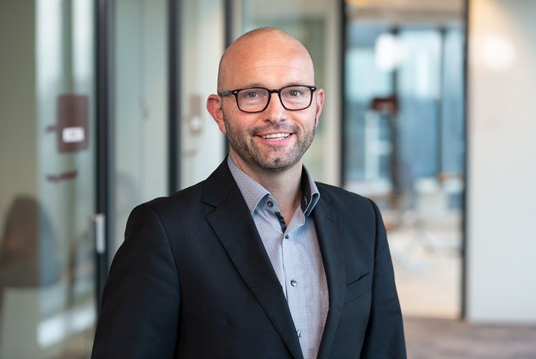 Peter (Belgian) joined JDE’s executive committee in 2019 as CFO. He originally joined JDE in 2006 as Global Category Director, then took the role of Finance Director Belgium, before being appointed GM Belgium and later Finance Director Europe.

For more than 265 years we have been driven by our passion for coffee & tea, respect for the environment and care for people.

We understand that no business is the same, which is why we tailor the right coffee solution to meet your needs.